Skip to content
Similan Islands National Park is one of 20 protected marine areas in Thailand. Supplied

Southeast Asian countries don’t have to follow the economic development models of the last century to grow and thrive, say advocates for a nature-based economic model.

The world’s leading industrialised countries depleted their natural resources and capital while developing their economies, but there is a better way forward for the developing world, they say.

Countries in the region can and should achieve economic growth and generate jobs through strategies built around nature protection, according to a new study.

The report, The Nexus of Biodiversity Conservation and Sustainable Socioeconomic Development in Southeast Asia by the Academy of Sciences Malaysia, is the first regionwide study to calculate the value of nature to the Asean economy.

The comprehensive report shows that nature and biodiversity represent US$2.19 trillion in value to the economy of Southeast Asia. The figure could be even higher if countries further prioritised conservation and restoration, it says.

Economic growth and nature protection in the region are equally important, and conservation could serve as the bedrock of a vibrant regional economy that generates wealth, jobs and food security, the authors contend.

Asean, they say, has no need to follow the economic development path of the wealthy Group of Seven (G-7) nations: Canada, France, Germany, Italy, Japan, the United Kingdom and the United States.

“Southeast Asia has a growing population, which is increasingly putting a strain on the region’s abundant natural resources,” said Helen Nair, a Fellow of the Academy of Sciences Malaysia.

“The report reveals that the Asean region doesn’t have to follow a development path that harms nature. Instead, we can make nature protection the keystone of a successful economic strategy,” she said at a recent virtual forum held to launch the report. 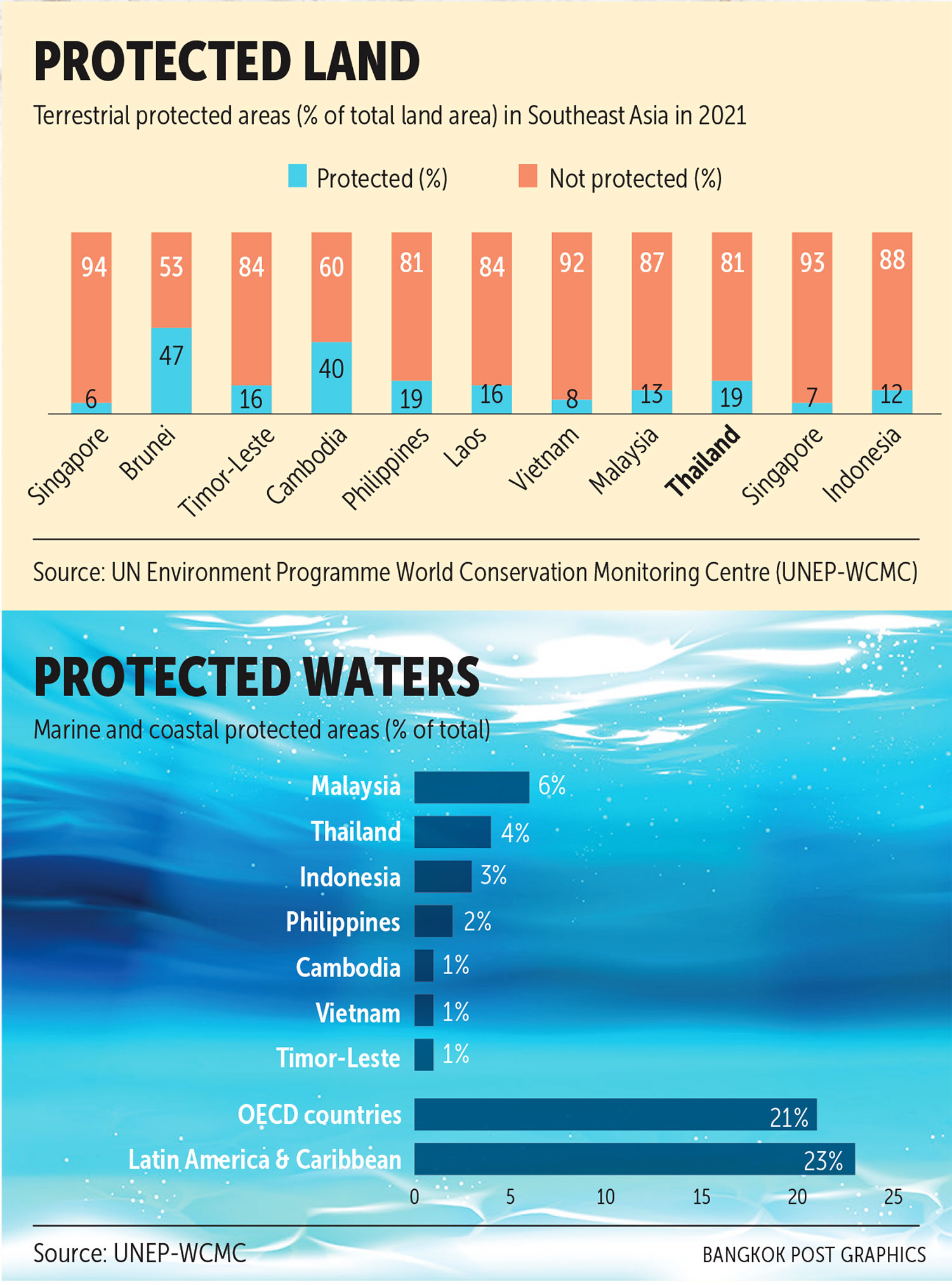 The value of ecological services provided by biodiversity worldwide is estimated at as much as $150 trillion per year, said Dr Nair. Furthermore, there is an increasing body of evidence to show how much regional economies depend on natural assets.

Southeast Asia, she said, could take a lead to show how sustainable socioeconomic development can be carried out, rather than simply exploiting the abundant wealth of natural resources.

Although it covers only 4% of the planet’s surface and 2.6% of its land mass, Southeast Asia is home to Indonesia, Malaysia and the Philippines, listed as mega-diverse nations and biodiversity hotspots by the Convention on Biological Diversity, Dr Nair said.

“Leaders in the (Asean) region should take note of a growing body of research showing that countries can and should achieve economic growth and generate jobs through strategies that protect rather than destroy nature,” Dr Nair said.

Emil Salim, a former environment minister of Indonesia and a member of the Global Steering Committee of Campaign for Nature, said the report stated clearly that Southeast Asia is a treasure trove of rich biodiversity, unparalleled anywhere else on earth.

“It’s clear that leaders across the region can use this biodiversity to their economic advantage,” he said. “The Asean region can and should become a role model for the rest of the world for how to sustainably grow economies.”

Prof Pervaiz Ahmed of Sunway University in Malaysia, one of the report’s authors, said the evaluation method was based on four domains: the role of a forest role in soaking up carbon dioxide and preventing floods, its role as a habitat for wildlife species’ survival, its place in education and tourism, and its provisional services such as the value of timber, food and medicines.

Of the total $2.19 trillion in estimated economic value, the largest proportion is in Indonesia, calculated at $998 billion, thanks to the country’s bigger landmass and marine area. That is followed by Thailand at $264 billion and Malaysia at $167 billion. Even Singapore, with no natural resources of its own, could be a major beneficiary of a nature-based development approach because of its strength in financial services and infrastructure, Prof Ahmed said.

The city-state, he explained, could take the lead in carbon trading and help other Asean economies to apply a nature-centred philosophy to good practices at the national level.

“This report points to successful case studies in all Asean member states that show how protecting nature can lead to economic growth and job creation,” he said. “But these examples represent just the start of what the region can achieve using the latest scientific and technological advances.”

The role of industry is critical as governments alone cannot make all the investments, particularly in science, technology and innovation, that building a new development model requires. This challenge cannot be met without the private sector coming in and playing a role, he added.

On the government side, future policy and actions must focus on further promoting greener investments, nature-based solutions and more socially responsible practices. 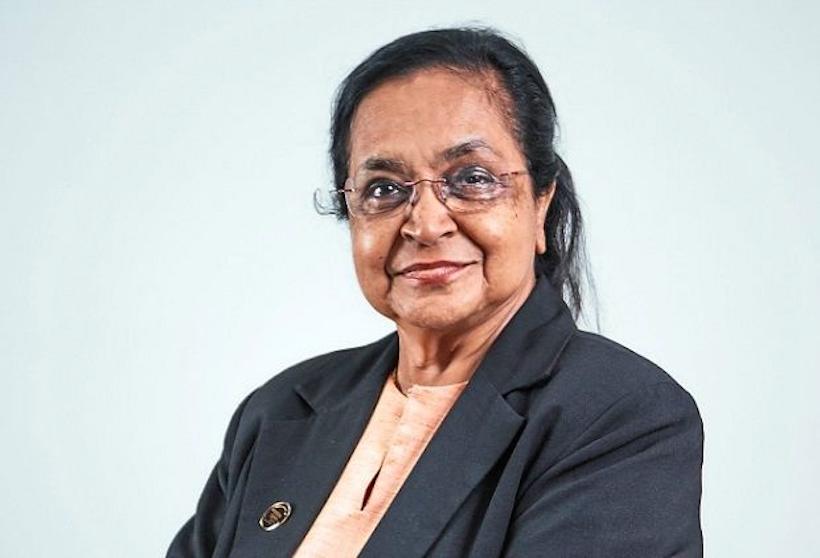 “Countries can and should achieve economic growth and generate jobs through strategies that protect rather than destroy nature,” says Helen Nair, Fellow of the Academy of Sciences Malaysia. Muhamad Amir

The report also highlights promising nature protection initiatives that have brought about economic growth and jobs for local communities and indigenous tribes, either through ecotourism or carbon credit projects.

One example is the Rimba Raya Biodiversity Reserve in Indonesia, which preserves carbon-dense tropical peat swamps in Central Kalimantan, and has halted the deforestation of about 65,000 hectares of forest originally planned for oil palm plantations.

It is also the world’s largest project to reduce emissions from deforestation and forest degradation. As a carbon offset project, part of the revenue from the sale of carbon credits went to local community development and government infrastructure.

Home to the critically endangered Philippine eagle, Mount Kitanglad Range Natural Park in the Philippines is also the ancestral homeland of three indigenous tribes: the Higaonon, Talaandig and Bukidnon. These groups played an active role in the park’s Protected Area Management Board, leading to a reduction in illegal activities and violations and the expansion of eco-tourism.

In Malaysia, Tun Mustapha Park covers 898,763 hectares, making it the country’s biggest marine park and largest multi-use marine protected area. An initiative there has sought to conserve biodiversity, protect endangered species, develop local fisheries and reduce poverty among the 85,000 inhabitants of the coastal area in Sabah state on Borneo island.

The initiative is based on collaboration among local communities, government bodies, international partners and non-governmental organisations. The park is home to 250 species of coral reefs, 400 species of fish, and numerous threatened species, such as the dugong, otters, humpback whales and sea turtles.

In Laos and Vietnam, a successful project is helping to protect 200,000 hectares of forest in the Greater Annamites mountain range from illegal activities, promote sustainable forest resource management and preserve the unique species and biodiversity. The project also aims to reduce carbon dioxide emissions by 1.8 million tonnes within five years.

The report also makes note of a mangrove restoration project at Pred Nai village in Trat province in eastern Thailand. To restore the degraded mangroves — a critical source of food, such as honey and crabs, and income — a local community campaigned for a ban on commercial logging in the area. They then proceeded to restore and protect the ecosystem, resulting in improved incomes and local livelihoods.

“These important findings show that an increased target for conservation and protection of biodiversity could result in increased economic output, including creating more jobs in green industry and sustainable tourism,” said Siriporn Sriaram, a member of the International Union for Conservation of Nature (IUCN) Commission on Education and Communication and a consultant for the Campaign for Nature.

Nature-based industries are already a major driver of Thailand’s economic development, accounting for 20% of gross domestic product and employing over four million people, she explained.

“This report is a helpful reminder that better conservation and protection of key biodiversity areas and hot spots are essential for Thailand’s economy, and it shows why Thailand should support science-based targets like the proposal to conserve at least 30% of the planet’s land and oceans by 2030.”

Asean previously launched a regionwide programme that aims to ramp up restoration efforts and plant at least 10 million native trees in a span of 10 years. The Asean Green Initiative (AGI), coinciding with the 54th anniversary of the alliance, demonstrates the strong cooperation and commitment among member states to biodiversity conservation and ecosystem restoration.

The AGI aims to set standards for the recognition of tree-planting activities and programmes that not only regrow forests but contribute to people’s well-being, improvement of livelihood and resilience. “It’s clear that leaders across the region can use biodiversity to their economic advantage,” says Emil Salim, a former environment minister of Indonesia. SUPPLIED

In reality, Asean countries have been facing significant challenges in achieving the two Sustainable Development Goals on biodiversity mandated by the United Nations: SDG 14 (Life Below Water) and SDG 15 (Life on Land).

One of the hurdles is financial, as the cost of protection, mitigation and reversal of damage is daunting, especially for developing countries. The annual biodiversity financing gap amounts to $316 billion, according to the Conservation Finance Alliance.

Insufficient funds for managing and conserving protected areas such as Asean Heritage Parks are a concern. The region has 44 heritage parks identified as best-protected areas in terms of ecological completeness, biodiversity richness and conservation.

However, the latest revelations are a wake-up call for all Asean member states to return to the table and negotiate a global strategy to conserve nature through the UN Convention on Biological Diversity (CBD). The core element of the emerging global strategy is a science-based proposal to protect or conserve at least 30% of the planet’s land and oceans by 2030, known as 30×30.

Dr Zakri Hamid, a former science adviser to the prime minister of Malaysia and a member of the Global Steering Committee of the Campaign for Nature, said that nearly 100 countries have joined a coalition that champions the 30×30 target. So far, Cambodia is the only Southeast Asian country to join the group, known as the High Ambition Coalition for Nature and People (HAC).

The findings showed that supporting the 30×30 global target and investing further in the expansion and improvement of protected and conserved areas in the region would be an effective development, job creation and socio-economic growth strategy.

The study makes a strong economic and scientific case for all Asean countries to support the 30×30 global target in the CBD negotiations and to adopt a holistic, nature-based economic development approach. It consists of what advocates call the “8i enablers”: infrastructure, info-structure, intellectual capital, integrity systems, incentives, institutions, interactions, and internationalisation.

The requisite funding is proposed to be raised through a range of economic and financial incentives, including the Asean Biodiversity Conservation Sovereign Fund. To support this approach, governments need to create new, effective partnerships across all sectors and take full advantage of the best scientific data and technology.

To achieve this, there is a need to move to a “whole of society and whole of region” approach to create a greater return on value for all stakeholders in the region and for the global community, Dr Harmid pointed out. 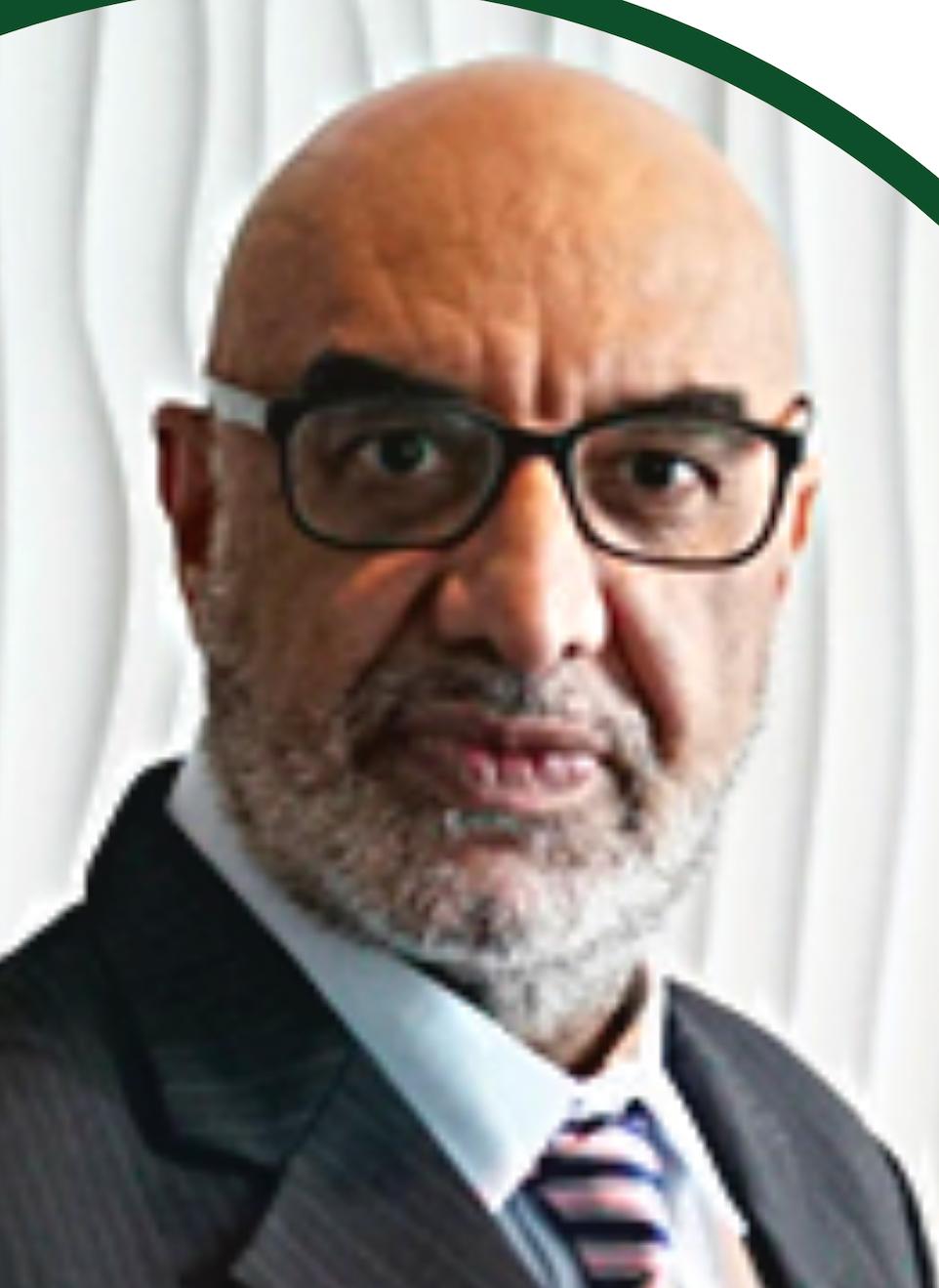 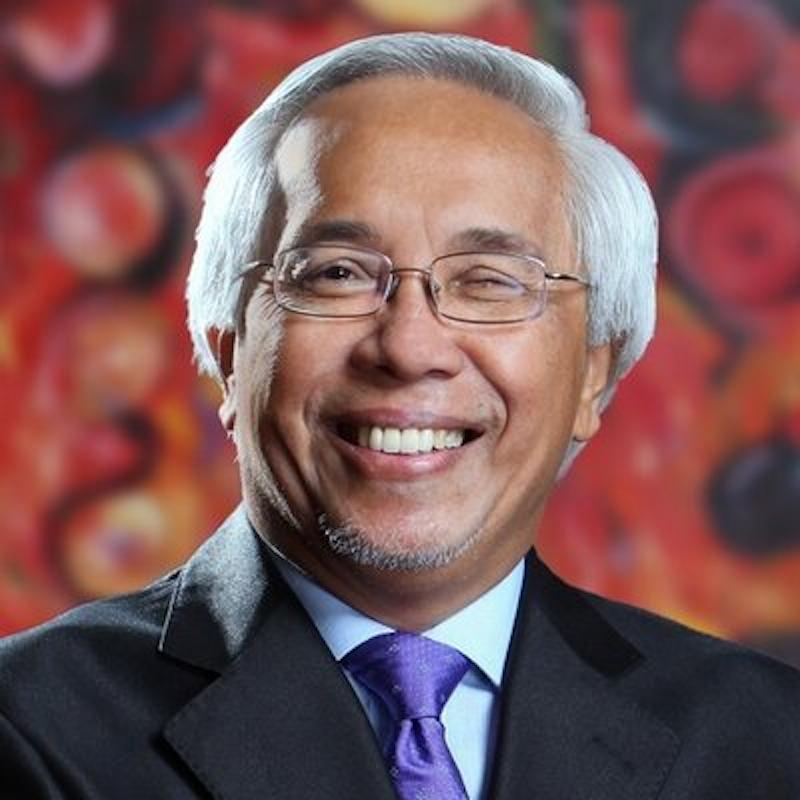 A “whole of society and whole of region” approach is needed to create a greater return on the value of nature, says Dr Zakri Hamid, a former science adviser to the prime minister of Malaysia. SUPPLIED