Since opening its doors in 1881, the Natural History Museum has been considered a cathedral to nature; a beacon of scientific egalitarianism that opened the public’s eyes to species from distant lands and times.

But now the London museum has been accused of losing its way in a row that threatens to cause a deep schism through the institution.

Fred Naggs, a scientific associate at the Department of Life Sciences, has penned an excoriating article in the journal Megataxa claiming his employer is no longer led by scientists and is “descending into irrelevance”.

Criticising the institution for “aspirational virtue signalling”, he accuses the current management of obsessing over Victorian collections instead of preserving endangered modern specimens.

He also described the recent decision to move some of the collection and scientific staff to the University of Reading as “a self-imposed act of institutional vandalism” that will “mutilate a national treasure”.

In May, the museum announced that more than 27 million specimens, as well as over 5,500 metres of accompanying Natural History Museum Library material, would be rehoused at the Thames Valley Science Park.

“It is not just the collections that are being split up, but the scientific staff and support facilities” Mr Naggs told The Telegraph. “It can only have been conceived by those who simply have no idea of what they are doing.

“I have received a lot of support from within the museum but no one is able to speak out.”

In response, the museum denied that it was failing its duty, and said it was actively committed to combating climate change and biodiversity loss.

The article, which was published last week, argues that the museum has deviated from its original mission of storing and recording the world’s specimens at a time when Earth is facing a sixth extinction event and desperately needs an “ark” for threatened species.

It has become too “backward-looking”, focusing on specimens collected largely in the 19th century, the article argues, rather than keeping up to date and bolstering the collection.

‘Prioritising projects of little use’

Mr Naggs said that modern preservation methods, such as cryogenics, meant that museums could now become repositories for living samples, which could aid research while also ensuring their survival.

“It is about maximising options for future generations to restore a biologically diverse world,” he told The Telegraph.

“But, in addition, viable cells provide optimum material for molecular research into understanding the diversity of life; they can be used for research now.

“A serious issue is that the museum has disposed of most of its expertise and is trying to engage in areas of research that have nothing to do with natural history and are undertaken in numerous other institutions.”

Mr Naggs said instead of concentrating on its core mission, the museum had moved towards prioritising projects of little use, such as digitising its collection.

He also argued many of the older specimens were collected by people with limited expertise and often badly labelled or mis-identified. Adding them into a database simply digitises the errors, he warned.

A ‘false message of hope’

Even the decision to install Hope the blue whale in the grand entrance hall, to replace Dippy the dinosaur, has come in for criticism, with Mr Naggs claiming that it gives a “false message of hope” about the state of the world’s oceans.

“The  upbeat assertion that we can deal with the environmental and biodiversity crisis and dismissive rejection of so-called doom-mongering is not just irresponsible and dishonest but deluded and dangerous,” the article continues.

“The tragedy is that there has never been a greater need for a collections based institution in the life sciences to harness scientific advances.

“When the NHM should have entered the twenty-first century as a science-led organisation , it finds itself managed by a corporate clique incapable of recognising what the museum can and should be doing.”

In response to the article, a spokesman for the museum said: “Our scientifically-critical collections and world-leading research expertise both play a pivotal role in finding solutions to the planetary emergency.

“We are committed, through initiatives such as our planned digitisation and science facility, to ensuring the collections and the vast data contained in them are safe, accessible and digitally available for researchers all over the world, enabling cutting-edge analysis and major scientific collaboration to help tackle issues such as biodiversity loss, climate change and food insecurity.” 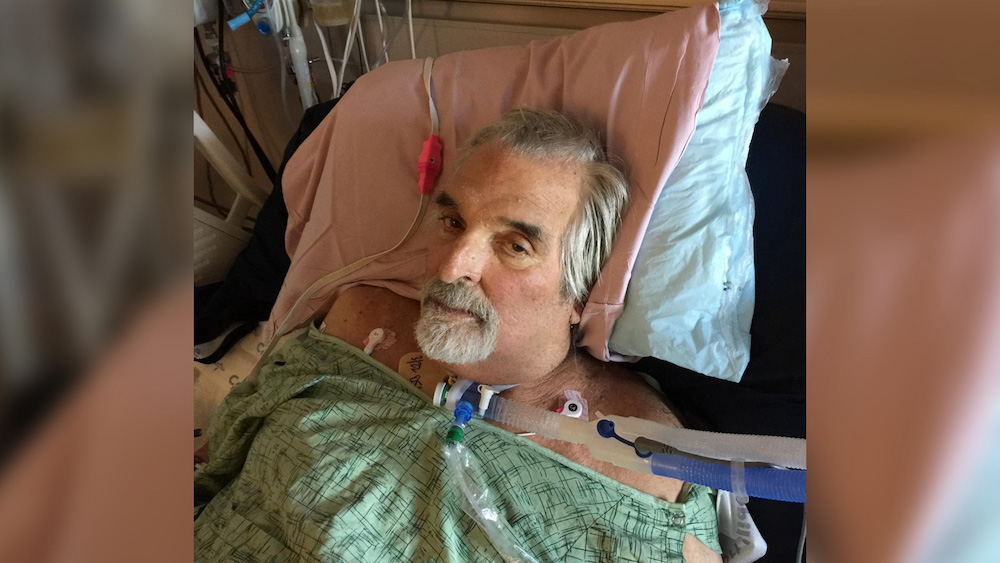 No antibiotics worked, so this woman turned to a natural enemy of bacteria to save her husband’s life